Welcome to the
Tweed Chamber of Commerce

The Tweed Chamber of Commerce & Industry Inc is one of regional New South Wales longest established and active chambers of commerce.

As an association, which primarily represents the interests of its members, the goal of the Tweed Chamber of Commerce and Industry is to provide networking, education, and advocacy for the business community. 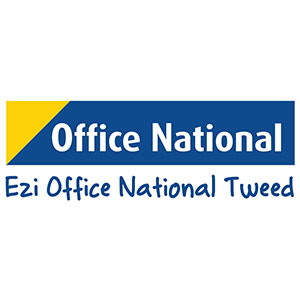 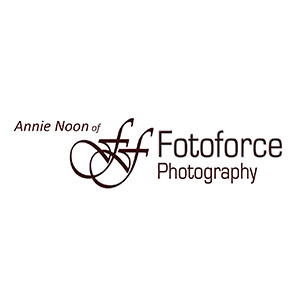 We will advocate for business and a catalyst to stimulate economic development.

We strive to educate our members

Promote positive and relevant communications with its members, potential members, and with the community at large.

Promote networking opportunities amongst its members.

The NSW Tweed Chamber of Commerce and Industry Inc. is dedicated to promoting a vibrant business environment by cooperative interaction among businesses, the government, and the community. Tweed Chamber of Commerce & Industry networking breakfast events are generally held every 2nd Tuesday of the month (except for January).

Do you have an upcoming event?

If you have an upcoming community or business event then let us know so we can list and help promote your event for you.

Events we accept are:

Find out more or have your event listed contact the Tweed Chamber of Commerce or submit a listing request with the button below.

The Office of the Cross-Border Commissioner are thrilled to announce the approval of two border projects under the NSW Cross Border Commissioner’s Infrastructure Fund (CBCIF) - Mungindi Recreation Area Upgrade and the Queensland Airports NSW Southern Entryway project. Both the projects, from Round 1 of the the CBCIF, are located on the QLD border and will provide infrastructure for the benefit of both NSW and QLD residents. On the banks of the Barwon River, the Mungindi Recreation Area has become an increasingly popular [...]

Bruce Parry, Summerland Credit Union, finding creating ways to maintain 1.5m social distancing It's been awhile since we've had the opportunity to post on our website, due to the COVID-19 pandemic, but we thought it would be a great opportunity to hear from some of our members on how they're coping or adapting to the position we all find ourselves in. Bruce Parry, from Summerland Credit Union, offered the following content to update us on how he and [...]

Celebrating the achievements of 40 inspiring people and projects Some of the Tweed's most deserving environmental champions took home trophies at Tweed Shire Council's inaugural Tweed Sustainability Awards showcase, held on 15 November in Murwillumbah. The awards highlighted a range of environmental initiatives active in the Tweed, and to go with the theme, everything involved in the awards was done with sustainability in mind, including the trophies crafted from reclaimed timber, the recycled or local dress code and food from [...]

Tweed Shire covers 1303 square kilometres and adjoins the NSW Local Government Areas of Byron, Lismore and Kyogle, with the NSW/Queensland border to its north where it divides the twin towns of Tweed Heads and Coolangatta.

With 37 kms of natural coastline, the Tweed Shire boasts a unique and diverse environment.

Centrepiece of the Shire is Mount Warning, where the sun first hits the Australian continent. The surrounding McPherson, Tweed, Burringbar and Nightcap ranges form the caldera of the fertile Tweed Valley.

Prior to European settlement, the area was blanketed in sub-tropical forest and was home to the Bundjalung people. Many of the Shire’s towns and villages derive their names from the language of those Aborigines.

The area was settled by timber-getters around 1844; the first school opened in 1871; and by the 1890’s, the river port of Tumbulgum was the centre of population. The focus moved to Murwillumbah when the first Local Government municipality was declared in 1902. The Tweed Shire, which amalgamated the Municipality of Murwillumbah and Shire of Tweed, was declared in 1947.

Today in excess of 80,000 people live in Tweed, scattered through 17 villages, two towns, and the major urban areas of Tweed Heads and South Tweed. The last twenty years have seen enormous growth, with the population increasing, on average, approx. 1.9% per year between the 1996 census and the 2001 census, largely due to southern retirees drawn by the temperate climate and relaxed lifestyle.

The retail, hospitality, agricultural and tourism industries are major employers, while construction, fishing, and light industry are other significant contributors to the local economy.

Business of the Month Recipients

The Tweed Chamber of Commerce and Industry recognise businesses, whether or not they are current or former members of our chamber, if they have a close association with businesses and commercial entities within the Tweed Shire.

We encourage members to nominate themselves or other businesses in the community that they work closely with.

Please provide as much accurate information as you are able